This is not going to be a long post, because everything is explained in the video I link to. But essentially we can transform our existing vehicles and infrastructure with the use of synthetic fuel where the carbon is pulled out of the air and reused as fuel thus making it a net zero fuel. The trick will be extracting… Read more » 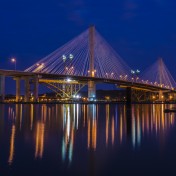 I’ve been listening to talk on the radio and reading news stories about tolls on bridges in the lower mainland. I’ve herd ideas like adding tolls on all the bridges to charge $1.00 a crossing. On the radio a few nights ago, the host was proposing ICBC collect a yearly fee instead from drivers which would mean no tolls for… Read more » 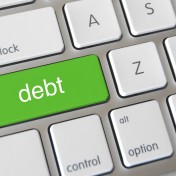 Government Debt and what I means by the numbers. When people talk about government debt they tend not to think of the cost to service the debt. They are just looking at the number as a total. I see the waste that debt represents in the form of Interest payments.   The Fraser Institute predicts that in 2016 the combined… Read more » 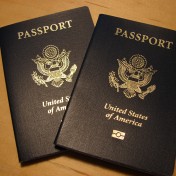 This is amazing and seems like a typical knee-jerk reaction. If you consider the 14 people murdered in the San Bernardino terrorist attack recently in California, was a US citizen of Pakistani descent and a Pakistani born permanent resident of the US, which is a country not on this list, it seems like it misses the mark. Considering terrorists can… Read more » 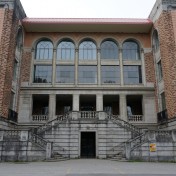 The state of mental health in British Columbia is nothing to be proud of. It is in a sad sad state and much of that comes from the closing down of Riverview Hospital in Coquitlam, formerly known as Essondale Hospital. The hospital was founded in 1913 as a mental hospital for 480 patients. Over the decades additional buildings got constructed to… Read more » 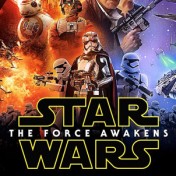 I think I am going to try and see it this weekend. That is all.

Its been a long long time since hosting a forum. But I’ve set one up for this site. Not sure if any one is going to use it with every one being on Facebook todays. But I would like to believe that forums have not totally died out. I still think they hold a special place for people outside of… Read more »

Well folks here we have it. Before I make my comments the article source is here. Article Source: http://news.harvard.edu/gazette/story/2015/12/popcorn-lung-seen-in-e-cigarette-smokers/   Harvard published a article a couple days ago about the chemical flavourings in e-cig juice which it has linked to lung disease. As the article mentions the focus had been on nicotine which was overshadowed by the other hazards of the… Read more »

For Article number one, or blog number one on my redesigned Lazytime website I decided to jump right on in on Uber.   What is Uber in a few words. It’s a technology company (not a transportation company) that provides an app to connect people with people. More specifically drivers and those needing rides. Essentially a backdoor Taxi service. Unregulated,… Read more »